The abstract of the paper is below:

We define a method to modularize crosscutting concerns in Component-Based Systems (CBSs) expressed using the Behavior Interaction Priority (BIP) framework. Our method is inspired from the Aspect Oriented Programming (AOP) paradigm which was initially conceived to support the separation of concerns during the development of monolithic systems. BIP has a formal operational semantics and makes a clear separation between architecture and behavior to allow for compositional and incremental design and analysis of systems. We distinguish local from global aspects. Local aspects model concerns at the component level and are used to refine the behavior of components. Global aspects model concerns at the architecture level, and hence refine communications (synchronization and data transfer) between components. We formalize local and global aspects as well as their composition and integration into a BIP system through rigorous transformation primitives. We present AOP-BIP, a tool for Aspect-Oriented Programming of BIP systems, demonstrate its use to modularize logging, security, and fault tolerance in a network protocol, and discuss its possible use in runtime verification of CBSs. 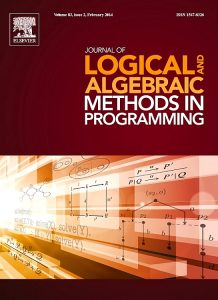 How to reach us

Paper On the Monitoring of Decentralized Specifications: Semantics, Properties, Analysis, and Simulation accepted in TOSEM.

Deprecated: Directive 'allow_url_include' is deprecated in Unknown on line 0